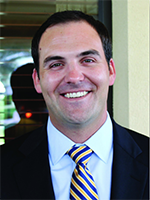 Mr. Zalupski, age 41, is the Founder, President and Chief Executive Officer of Dream Finders Homes and has served as Chairman of the Board of Directors since January 2021 upon completion of an IPO (Nasdaq: “DFH”). He has served as the CEO of the primary operating subsidiary, Dream Finders Homes LLC since forming the company in December 2008, and as the Chief Executive Officer and a member of the board of managers of DFH LLC since its formation in 2014. He is responsible for our overall operations and management and is heavily involved in the origination, underwriting and structuring of all investment activities. Under Mr. Zalupski’s leadership, DFH has grown from closing 27 homes in Jacksonville, Florida during its inaugural year in 2009 to establishing operations in markets across the state of Texas and the Southeast, Mid-Atlantic and Mountain Regions of the United States and closing over 15,300 homes since inception through the end of 2021. Prior to founding DFH LLC, Mr. Zalupski was a Financial Auditor for FedEx Corporation’s Internal Audit Department in Memphis, Tennessee and worked in the real estate sales and construction industry as Managing Partner of Bay Street Condominiums, LLC from 2006 to 2008. He has served on the investment committee of DF Capital Management, LLC (“DF Capital”), an investment manager focused on investments in land banks and land development joint ventures to deliver finished lots to DFH and other homebuilders for the construction of new homes, since April 2018 and on the board of directors for DFH’s mortgage banking joint venture, Jet Home Loans, LLC, since December 2017. 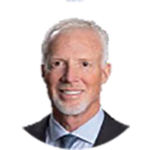 Mr. Lovett became a Director and Compensation Committee Chair upon the listing of our Class A common stock in January 2021. He has served on the board of managers of DFH LLC since December 2014. Mr. Lovett was the founder, Chairman and Chief Executive Officer of two highly successful growth companies: TowerCom, Ltd, an owner and developer of broadcast communication towers that he founded in 1994, and TowerCom Development, LP, a developer of wireless communications infrastructure that he founded in 1997. TowerCom, Ltd and TowerCom Development, LP have each generated over 90% compounded annual rates of return for their investors. He currently serves as Chairman and CEO of TowerCom, LLC, which was founded in 2007. Mr. Lovett also co-founded Lovett Miller & Co. in 1997, a venture capital firm that focuses in technology-enhanced services and healthcare companies. Prior to co-founding Lovett Miller & Co., he served as the President of Southcoast Capital Corporation, a family holding company that invests in private equities, public equities and real estate. Prior to Southcoast Capital Corporation, Mr. Lovett worked for the Lincoln Property Company and in the Corporate Finance Department of Merrill Lynch. Mr. Lovett has made venture capital investments in the following companies: RxStrategies, Inc., EverBank Financial Corporation, Healthcare Solutions, Inc. (formerly Cypress Care, Inc.), Care Anywhere, Inc., K&G Men’s Centers, Inc., Sigma International Medical Apparatus, Go Software, Inc., Main Bank Corporation, PowerTel, Inc. and Southcoast Boca Associates. He currently serves on the board of directors of the following companies: DocuFree Corporation and TowerCom, LLC. Mr. Lovett also previously served on the board of trustees, and was co-chairman of the Capital Campaign for the University of North Florida. Mr. Lovett previously served on the board of directors of EverBank Financial Corporation (formerly a publicly traded company) and was the chairman of the Youth Crisis Center and the Jacksonville Jaguars Honor Rows Program and is currently on the board of directors for Florida Prepaid College Plans. Mr. Lovett received an A.B. degree from Harvard College. 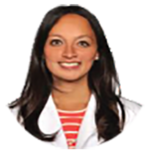 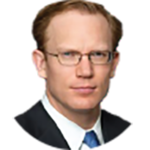 Mr. Udelhofen became a Director and Audit Committee Chair upon the listing of our Class A common stock in January 2021. He has served on the board of managers of DFH LLC since December 2014. Mr. Udelhofen has been a private investor since July 2020. He previously founded Durant Partners in October 2016, an investment fund that focuses on small-to-mid-capitalization equities, and served as Principal until June 2020. Prior to founding Durant Partners, Mr. Udelhofen worked from 2006 to April 2016 at Water Street Capital, a multi-billion-dollar private investment firm in Jacksonville, Florida. Prior to joining Water Street Capital, Mr. Udelhofen researched businesses at growth-oriented mutual fund, Fred Alger Management. Prior to his services at Fred Alger Management, Mr. Udelhofen worked at Needham & Company, where he provided strategic insights to publicly traded companies, several initial public offerings and secondary offerings. Mr. Udelhofen received an A.B. in Psychology from Harvard University. 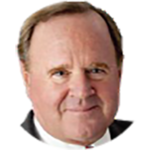 Mr. Walton became a Director upon the listing of our Class A common stock in January 2021. In 2003, he co-founded and has since served as a managing member of Rockpoint Group, L.L.C. (“Rockpoint”), a global real estate private equity firm that sponsors real estate investment funds capitalized by domestic and foreign institutional investors. Mr. Walton is responsible for the overall operations and management of Rockpoint, as well as overseeing the origination, structuring and asset management of all of Rockpoint’s investment activities. The Rockpoint founding managing members have invested more than $60 billion of real estate since 1994. In 1994, Mr. Walton also co-founded Westbrook Real Estate Partners, L.L.C. (“Westbrook”), a similar real estate investment management firm. Prior to co-founding Rockpoint and Westbrook, Mr. Walton served as a managing director in the real estate group of Morgan Stanley & Company, Inc., which he joined in 1979. Mr. Walton is involved with several real estate industry organizations and serves on the board of directors of Boston Properties, Inc. (NYSE: BXP), Crow Family Inc. and FRP Holdings, Inc. (NASDAQ: FRPH). He previously served on the board of directors of Corporate Office Properties Trust (NYSE: OFC) and The St. Joe Company (NYSE: JOE). He also serves or has served as a director or trustee on the board of directors for several non-profit organizations, with a particular interest in educational and policy entities, including the American Enterprise Institute, Communities in Schools, the Episcopal School of Jacksonville, the Jacksonville University Public Policy Institute, KIPP Schools Jacksonville, Mpala Wildlife Foundation, the Thomas Jefferson Foundation, the University of Florida Investment Corporation, Princeton University and Princeton University Investment Company. Mr. Walton earned an A.B. from Princeton University and received a Master in Business Administration from Harvard Business School. 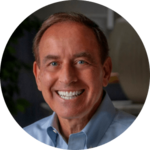 Mr. Sturm, age 68, has served as a member of the Board of Directors since October 2022. Since 2016 Mr. Sturm has also served as a member of the Board of Directors and Chairman of the Audit Committee of Jolley Holding Aruba, which consists of numerous companies that operate commercial real estate, car dealership, car rental, retail and wholesale businesses. In that capacity, Mr. Sturm assists in Board oversight of the integrity of the financial statements, the monitoring and management of financial risks, the effectiveness of internal financial controls, compliance with regulatory requirements and the work of the independent auditors and the Internal Audit function. Mr. Sturm retired at the end of 2014 as an audit partner in the New York office of KPMG after a thirty-seven year career conducting financial statement audits of primarily public companies and audits of internal controls under Section 404 of the Sarbanes-Oxley Act. He was a member of the New York audit leadership team for a number of years through 2012, and then joined KPMG’s Department of Professional Practice, assuming certain national responsibilities for KPMG’s quality review process until his retirement. Mr. Sturm also served as a member of KPMG’s Audit Committee for three years. Mr. Sturm’s audit clients included Cablevision Systems Corporation, Aeroflex Incorporated, Excel Technology Inc., AMC Networks Inc. and Canon. From 1994 to 2000, Mr. Sturm authored the annual “Metropolitan New York Regional Software Industry Outlook”, which provided comprehensive industry analysis and benchmarking data. Mr. Sturm was a founder and Treasurer on the Board of Directors of LISTnet from 1997 to 2015, for ten years was the Chairman of the Board of Directors for the Long Island High Technology Incubator that assisted technology industry startups, from 2013 to 2019 was the Treasurer on the Board of Directors of Gold Coast Villas Association and previously served as the Chairman of the Finance Committee for the Town of Huntington, on the Board of Directors of the Huntington Chamber of Commerce and president of the Board of Directors of the Association of Government Accountants. Mr. Sturm also served on the Defense Contractor Committee of the American Institute of CPAs (AICPA) and co-authored the Government Contractors Industry Audit Guide.

Mr. Sturm’s extensive leadership experience, his experience as a Certified Public Accountant during his career as an audit partner, his background of assisting publicly traded companies address their financial reporting requirements and his Board experience, both as an audit partner and as a member, makes him qualified to serve on our Board of Directors. Mr. Sturm will be the chair of our Audit Committee. The Board of Directors has determined that Mr. Sturm qualifies as an “audit committee financial expert”, as such term is defined in Item 407(d) of Regulation S-K.